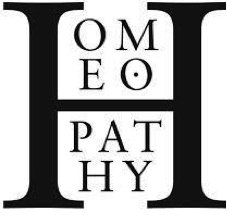 “Thank you, Katja. What a fantastic gift health is. I feel very fortunate to have been given this opportunity to explore my health with you, and extremely grateful that you gave me such a fantastic gift.” (S.D., Stroud)

Homeopathy is the fastest-growing branch of alternative medicine in the world today. Over 30 million people in Europe use homeopathy and so do approximately 130 million people in India. In Brazil it is used very widely and there are over 15 thousand physicians there who are practising homeopaths.

Homeopathy is a natural system of healing which works by using a small dose of a substance which fits well with the disease symptoms and the condition of the patient to heal in a gentle and profound way. This follows the homeopathic principle of “like cures like”. This healing happens very naturally through the freed vital force of the body and takes place on both the physical, mental and emotional levels. Homeopathy’s goal is holistic cure, a goal that may be achieved even in cases of so-called chronic disease.

Please listen to the report of a patient who was not just cured of his swine flu but experienced improvements on deep levels of his being which he described as life changing.

“When I was invited to see Katja to have a consultation process for homeopathic medicine, I admit to being a sceptic of homeopathic medicine. I had swine flue in the summer of 2009, I then had a similar long illness (for 6 weeks) in early 2011.  Whilst I was ill in 2011, David and Katja invited me to come and see them when and if I felt well enough to do so. Once better I decided that it was worth a go, as I really didn’t fancy getting this type of illness again, and having experienced mainstream medicine’s approach to dealing with these viruses, I was keen to try an alternative and pro-active approach to maintaining good health.

We arranged the initial consultation. I was quite nervous, but determined. Once we started the consultation, I became gradually drawn into Katja’s line of questioning. The approach to probing my explanations for greater depth and understanding of my key words and experiences really got me thinking. The questions drew me into a fantastic line of thought, unpicking things I had not previously spent much time analysing, and making connections between my health and other feelings and experiences, including dreams and child-hood memories. So thought provoking, so interesting, and ultimately so helpful in creating a new level of personal understanding.

Just under a week later I had my remedy.

The following day I felt fantastic, energetic and clear minded with a real spring in my step and a smile on my face! This feeling continued and I still felt great. I was amazed. I was so thrilled with how good I felt, I spent the week telling everyone close to me and those people I knew all about the fantastic effect the homeopathic remedy had on me. I felt stronger, faster, clearer… Wow!

I had two follow up appointments, we talked about my experiences, and discussed the positive effect the remedy was having on me mentally and physically. I was convinced that this was not a placebo, this was the real deal. The effect the homeopathic remedy had on me was so strong, and so good, there was no way this could be a trick of the mind. The combination of the in depth consultation and the following remedy was crucial, the two aspects working together to create a proactive approach to health. My remedy, chosen with me in mind. When I feel my health slipping, I have a remedy that can help me to stay healthy, rather than waiting until I get ill and then trying to fix the illness.”