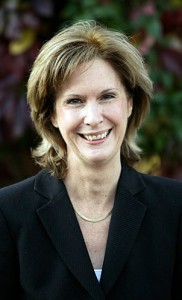 Western Society may have ‘conquered’ diseases such as small pox, diphtheria and polio but there has been a virtual epidemic of conditions such as autism, asthma, ADHD, alzheimers, allergies, diabetes, depression, heart disease, cancer, polycystic ovarian syndrome and obesity, to name but a few. Where are we going wrong?

Latest scientific research is validating what Hippocrates said in the third century BC; “All disease begins in the gut.” The link between a healthy microbial flora, that is all the billions of microscopic bacteria that live in (and on) us and a healthy mind/ body is being proven unequivocally.

We really do need an abundance of the good ‘guys’, the beneficial bacteria, to boost our immunity, to help our liver and digestive enzymes work properly, to help generate the ‘feel good’ neurotransmitter Serotonin (80 per cent is generated in the gut rather than the brain) to help regulate and balance our hormones, to help tell us when we’ve had enough to eat and so much more.

Unfortunately, a by-product of a highly industrialized Western society is its toxins. Processed fast foods filled with refined sugars and saturated fats, toxic metals derived from fillings and air pollutants, chlorine in the water supply, medicines such as statins, antibiotics, birth control hormones (which contributes to an environment that is flooded with oestrogens) or the relentless stresses of physical, emotional and mental survival, our body/mind is always on ‘red alert’ and this can produce a chronic inflammatory condition. Inflammatory markers in the blood, such as Cytokines and Lipopolysaccharides (LPS) are shown to be much higher in people with arthritis, depression, anxiety, dementia, irritable bowel syndrome, chronic fatigue syndrome, fibromyalgia, insulin resistance and obesity.

Having enough good bacteria in our guts helps to regulate both the immune and endocrine systems and keep in check the over production of cortisol and adrenaline – the two hormones that can cause so much damage when they are constantly being released.

Sadly, one of the main culprits in the destruction of our healthy, positive bacteria is antibiotics. As a health practitioner, 90 per cent of cases that I see presenting with such conditions as chronic IBS, constipation, fatigue, depression, bloating, skin complaints, auto immune disease and insomnia can be traced back to the over prescription of antibiotics. Recent studies indicate that the disruption of gut bacteria through antibiotics in children may even cause certain cases of autism. In 2000, Dr Richard Sandler published a paper in the Journal of Child Neurology about the correlation between the overgrowth of potentially pathogenic bacteria and autism. The blessing that was penicillin has now become a curse.

For more than sixty years antibiotics have been the default prescription of medical doctors. Farm animals are routinely fed antibiotics to keep them free from disease, but the drug gets into the food chain anyway. Unfortunately, the bugs are rapidly outwitting the medicine that tries to kill them. Anti microbial resistance threatens the effective treatment of a range of infections caused by bacteria, parasites, viruses and fungi.

In 2013, worldwide, there were about 480,000 new cases of drug resistant tuberculosis. Dr Paul Cosford, Director for Health Protection and Medical Director for Public Health England, (PHE) said: “TB remains a critical public health problem, particularly in parts of London and among people from vulnerable communities. Given current trends, within 2 years we are likely to have more new cases of TB each year in the UK than in the whole of the United States.”

There is a high proportion of antibiotic resistance in bacteria that cause common infections i.e. urinary tract infections, pneumonia and septicaemia. Most hospital acquired infections are caused by the bacteria strain MRSA (Methicillin Resistant Staphylococcus Aureus.) It won’t be long, the medical profession fears, before routine operations such as hip replacements and caesareans are no longer viable.

In the same way that pesticides can play havoc with whole eco systems, such as the quality of nutrients in the soil as well as the health of bees and birds, antibiotics, indiscriminately wipe out colonies of good as well as bad bacteria.

Some of the most remarkable transformations in health that I have witnessed are when clients are able to cleanse and de-toxify their Liver, Small Intestines and Large Intestine (Colon). This is quite a challenging cleansing process but one that can bring extraordinary results.

I remember a client, Judy, who presented with chronic water retention. Her whole body was puffy and bloated. She had inflamed joints that affected her shoulders, knees, elbows, ankles and wrists. She felt chronically tired and was taking anti-depressants. She divulged that life was just not worth living. It had all started, she said, when she had been prescribed strong doses of antibiotics for a recurring respiratory infection several years ago. However hard she tried to lose weight nothing shifted. After she had completed a course of 3-colon hydrotherapy treatments to cleanse her colon, I recommended that she undertook a full intestinal cleanse (this involves taking simple products orally, for one week, while drinking plenty of juices, water and herb teas) followed by a course of high potency good bacteria.

Three months later I saw she was booked in to see me. When I went to reception to collect her I couldn’t find her.

“Caroline,” a voice called out.

I gave a double take. There was Judy. But it wasn’t the same person. This was a svelte, glamorous Judy. She looked wonderful!

“I followed the programme and then repeated it a few weeks later. I’m off the anti-depressants. I feel so much better

It seems clear that by de-toxing our bodies from the accumulation of pathogenic bacteria, viruses, parasite and yeasts and then replacing with a wide spectrum of positive acidophilus and bifido bacterium we can make miracles happen.

The best way to de-tox is to have one to three colon hydrotherapy treatments followed by a full intestinal cleanse. The liver cleanse can be combined with the full intestinal cleanse or undertaken later and then repeated. It is always advisable to have a follow up colon hydrotherapy treatment on the completion of a full intestinal or liver cleanse. After the cleanse it is important to maintain a healthy diet which encourages the growth of good bacteria together with probiotic and prebiotic supplements and foods. I also recommend and can administer high potency rectal probiotic infusions.

I will leave you with an interesting experiment which was conducted in 2013 by UCLA researchers and published in Gastroenterology.

Thirty six women were split into three groups of twelve. For four weeks Group 1 consumed twice daily a yoghurt mixture filled with several probiotics, Group 2 were given a ‘yoghurt’ without any probiotics, and Group 3 had no specific product.

At the beginning, each woman underwent a functional MRI (fMRI) which measure brain activity. After four weeks each in turn was shown images designed to trigger an emotional response. They were looking at pictures of angry or frightened people. The results were astonishing. The women who consumed the yoghurt laced with probiotics showed far less excitability in the parts of the brain related to emotion, cognition and sensory processing. On the other hand the women in the other two groups who did not take the probiotics showed stable or increased activity in this brain network indicating they were more emotionally impacted and disturbed by the images.

Dr Emeran Mayer a professor of medicine and psychiatry summed up the findings, ”The knowledge that signals are sent from the intestine to the brain and that they can be modulated by a dietary change is likely to lead to an expansion of research aimed at finding new strategies to prevent or treat digestive, mental and neurological disorders.”

It seems how we take care of ourselves and our planet is in need of a radical sea-change.

CHRISTMAS TREATS (on the healthy side!) by Marianne Andrews, Nutritional Therapist. Christmas is a magical time of year and for... END_OF_DOCUMENT_TOKEN_TO_BE_REPLACED

All our practitioners and therapists are now able to practice, are available for appointments and are taking on new clients.... END_OF_DOCUMENT_TOKEN_TO_BE_REPLACED

Due to the new restrictions, our studio has had to close to Yoga, Pilates, Qi Gong and Tai Chi. We... END_OF_DOCUMENT_TOKEN_TO_BE_REPLACED

What is Taiji? Taiji  is an exercise and training system for the body and mind, one that is presented in... END_OF_DOCUMENT_TOKEN_TO_BE_REPLACED

We are delighted to welcome Gareth and Chantal from Cheltenham Yoga to the Cheltenham Holistic Health Centre studio. Here are... END_OF_DOCUMENT_TOKEN_TO_BE_REPLACED

CHRISTMAS TREATS (on the healthy side!) by Marianne Andrews, Nutritional Therapist. Christmas is a magical time of year and for... END_OF_DOCUMENT_TOKEN_TO_BE_REPLACED

Osteoporosis is a condition where your bones become more porous, and... END_OF_DOCUMENT_TOKEN_TO_BE_REPLACED

LIVING WITH COVID During the past year most of us have experienced massive upheaval in the way we live. Not... END_OF_DOCUMENT_TOKEN_TO_BE_REPLACED